On Criticising the Pope - The Remnant and Church Militant TV

I wade into this apparently dangerous territory to take sides and offer a brief set of thoughts. As our Lord informs us to whom much is given, much is demanded (not requested) in return. To the one who receives universal and immediate jurisdiction, that same one must render an account for all under his care. In such an instance, the Holy Father should dread to hear the pronouncement of Christ on His Throne of Judgement. To Peter was given the whole world and all that is contained within. Such an immense responsibility lies heavy on the shoulders of the bishop of Rome, successor of that poor Galilean. We must admit that a great grace of state is, without doubt, conferred upon this fisher of men, but a greater degree of holiness is demanded without any possibility of appeal.

It will not do to confer universal dominion on the Vicar of Christ and deny him responsibility for anything. The episcopal order is of divine origin and must not be considered to be mere delegates of a neglectful pope. He can not dispense with them, in justice, at his leisure, be vindictive in suppressing them, nor can he shelter himself from criticism at their expense. This latter point appears to be the methodology of Michael Voris, where he is conscious of it or not. Our Church Militant TV friend may rightly blast the bishops of being faithless, effeminate, cowardly, enamoured of the media spotlight, but they are merely in the mould of the former Jorge Mario Bergoglio. I would certainly like to discover Voris' opinion of that former cardinal archbishop of Buenos Aires and the sham of a Catholic territory he left behind.

With such visibility that modern technology provides, foolish, unguarded words by a pope can cause immense damage and confusion, particularly when they are recklessly uttered by a man who appears to have arrived in the Eternal City unscathed by any notion of sound theology. Doesn't Voris ridicule Cardinal Dolan, who plays the buffoon before Meet the Press? Yet, who has greater popularity among the media and metropolitan elite than the pope himself? Who has prostituted themselves more to opinion formers and hack activist journalists? It is an act of great injustice to bypass the pope and lay blistering blame on the Cardinal Archbishop of New York for doing what would please the soul of Francis. He will no judged no more harshly than Bergoglio.

Let the Faith be upheld, preserved and handed on. Let God be glorified and the pope will save his soul and a multitude of his children.

Perhaps it was better when technology was as limited as the lifespan of the pontiffs? Perhaps we were more fortunate when the popes wouldn't travel much further than St Paul Outside the Walls?

Latin Doctor Quote of the Day - St. Ambrose on Confession 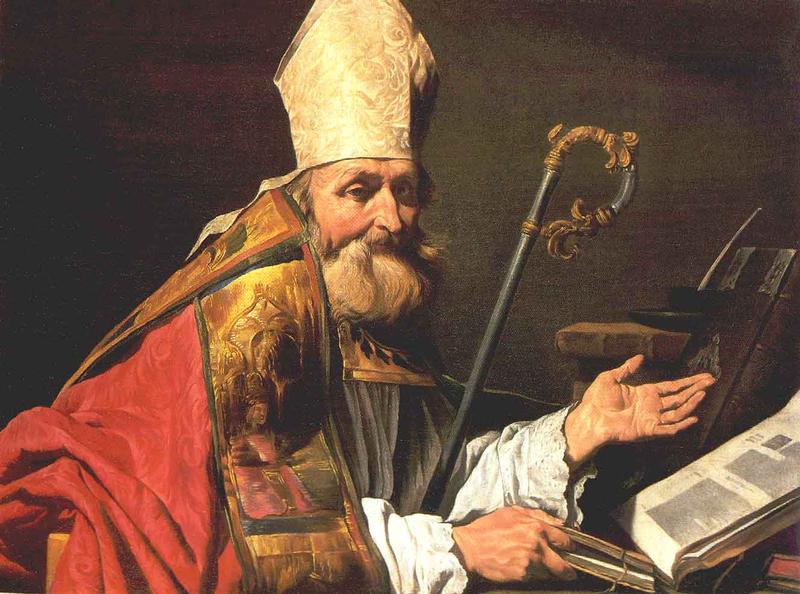 ''They affirm that they are showing great reverence for God, to Whom alone they reserve the power of forgiving sins. But in truth none do Him greater injury than they who choose to prune His commandments and reject the office entrusted to them. For inasmuch as the Lord Jesus Himself said in the Gospel: Receive the Holy Spirit: whosesoever sins you forgive they are forgiven unto them, and whosesoeversins you retain, they are retained, John 20:22-23 who is it that honours Him most, he who obeys His bidding or he who rejects it?'' (On Repentence 6)


Gloss: It pertains to the Church of Christ to perpetuate the Incarnation of her divine founder. Our Lord descended as Saviour, the formal motive of which was mercy for miserable man in view of the ultimate end of manifesting the goodness of God. If man were to remain just and in the state of innocence, the Word would not have become flesh. Jesus did not constitute a community to merely call to mind His deeds but rather to apply the merit of those deeds to divers men throughout all nations. Satisfaction and reconciliation were the purpose of the Incarnation and this end is to be pursued in the Catholic Church until the Day of Judgement. The infinitely worthy sacrifice of the altar and the reconciliation of penitents are the two chiefs functions of the priests of our Lord, all else is secondary. The divine sending of the Apostles and their successors and collaborators is urgent and admits of no delay. Who are we to deny the commission of our Lord to men and consider this to uphold the divine majesty? What great power and dignity He has conferred upon His priests to apply to needful man today what Christ obtained for us under the sentence of Pilate?
Posted by Unknown at 01:12 No comments:

Reflection on the Papal Tiara 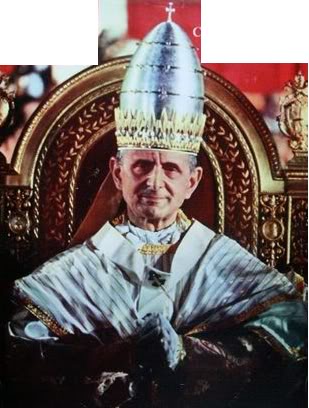 Cajetan on the Hypostatic Union

''The reply is confirmed by the reason of the fact...that the union of the human nature in the mystery of the Incarnation does not add anything to the meaning of nature, but it does indeed add something to the notion of person, because it adds the notion of subsisting in the human nature...Just as it is nobler for the sensitive life to have its complete specific nature by a form of a nobler order, namely, by the rational soul, so a greater dignity was bestowed upon the human nature of Christ from the fact that it was assumed by the divine personality'' - Cardinal Thomas Cajetan

Reflection on the Church and the Modern World

Even if the Church were to be reduced to a single low Mass she would still triumph over the "modern" world.
Posted by Unknown at 00:17 No comments:

Reflection on the Synod on the Family

The Church has all too often abandoned dogmatic certainly in favour of a waffling and banal "spirituality" as a self-conceited profundity. When a synod makes no attempt to unite itself with Scripture, the Fathers, the Doctors and the General Council, you are confronted with a modernist sham. Contempt of Tradition is the hallmark of all wreckers of order and justice.
Posted by Unknown at 00:17 No comments:

Reflection on Forgiveness and the Cross of Christ

Even if a flood of sins were to obtain incessantly throughout a lifetime comparable to that of Methusalah, it still would not be worth the smallest drop of blood shed by Christ on Calvary.
Posted by Unknown at 21:01 2 comments:

Reflection on ISIS and Beheadings

It belongs to a shallow mind to use "medieval" as a pejorative. Parliaments are medieval. The universities are medieval. The Magna Carta is medieval. On the other hand, beheadings are very much modern. After all it was from the guillotine that the "civilised" and "enlightened" world sprang.
Posted by Unknown at 22:18 No comments: